We’re happy to provide the following voice acting tips. But voice-over work comes in many varieties; commercials, audio books, video games, corporate training, conversational, metro systems, and animated characters. All of these job opportunities require a real person speaking genuinely and clearly. Improve Your Voice’s Darren McStay is a voice coach, actor, and singer who has worked professionally with his voice for three decades. He hosts a YouTube channel featuring tutorials on topics such as articulation, how to stop stuttering, creating distinctly different voices, and how to voice act. If you’re considering a career in voice work, here are five of McStay’s tips to keep in mind:

“You have to be believable,” McStay insists. No matter what kind of voice job you have, he urges actors to stop acting. “The actor’s job is to bring truth, and the best way to do that is to be as close to yourself as you can,” he insists. Make a point to talk to the microphone as if it’s a person. “This is where your imagination comes in, this is where your acting is made tangible … this is voice acting: being as human as possible.” The audience needs to believe you’re a real person saying what you actually mean. For example, if it sounds like you’re reading text, the audience will be less likely to believe you’re sincere. It’s much more convincing if you can read the written word as though you’re naturally speaking your mind. These voice acting tips are crucial.

“Excitement and positivity is infectious,” he asserts. Regardless of your current mood or what kind of a day you’re having, you need to be able to sound joyful. And McStay has a trick to make this happen: Smile. “Simply just adding a smile to the words you’re speaking is unconsciously picked up by the listener. We can hear that your cheeks are lifted. We can hear it in the way you speak.” Another tip is to end your sentences with a slightly higher inflection rather than ending with a lower one. This “lifting” of the voice has the power to uplift the listener. Just make sure to keep it subtle so it doesn’t sound like you’re ending each sentence with a question mark.

When people feel tense in their bodies or stressed-out in general, it can be heard in their voice, so McStay encourages people to find ways to relax their muscles as much as possible. He recommends whole-body stretches, as well as breathing exercises and vocal warm-ups before speaking on a microphone to relax your vocal instrument. And while articulation is certainly beneficial, there is such a thing as over-articulating words, which can interfere with the natural flow of your voice. “On the microphone it sounds a bit forced and over articulated.”

Understand your material. “If you have a script you need to read in the recording booth at a studio or even at home, you want to have gone through it. You want to practice speaking it aloud.” That means not just reading it silently and pondering the content. “You have to say it aloud because you don’t know if you’re going to trip over certain words until you’ve done that.”

Reading the text out loud also informs you at which point to take breaths, as well as stylistically where to pause. “Everything is made clearer just by saying things aloud,” McStay insists.

Voice acting, after all, is a job, and so it’s expected that actors prepare so they can work efficiently, just as with any other job. “You need to practice yourself. Don’t just wait for a job to come for some text to be sent to you to be on top of it.” Rather, he encourages actors to consistently do daily warm-ups and challenge themselves by reading magazines, books, the dictionary, or scripts aloud. Be in the practice of using your voice so you’re prepared when the work opportunity arises.

Voice-over work is a career that requires a professional attitude and skill set. Therefore, demonstrating your reliability goes a long way. “Never be late to a meeting, to a recording, to a vocal booth, studio, or online hookup,” McStay advises. “Never send material late and never say sorry or make excuses. In this industry, time is money.” We hope these voice acting tips serve you well.

How To Create 100 Distinctly Different Voices 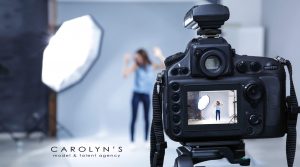 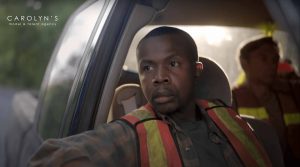 10 Tips To Get A Lead Role In A Movie 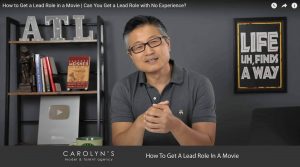 10 Tips For A Lead Role In A Movie

The film industry is filled with lots of great talent. Sometimes it seems like there are more talent than there are actual roles for all the available talent. And it’s no surprise that most actors aspire to getting a lead role in a movie. But first we need to define what a lead role is. There are different levels of lead roles depending on the production.

Continue reading 10 Tips To Get A Lead Role In A Movie at Carolyns Model & Talent Agency.